The Symbolism of Mirrors in Literature 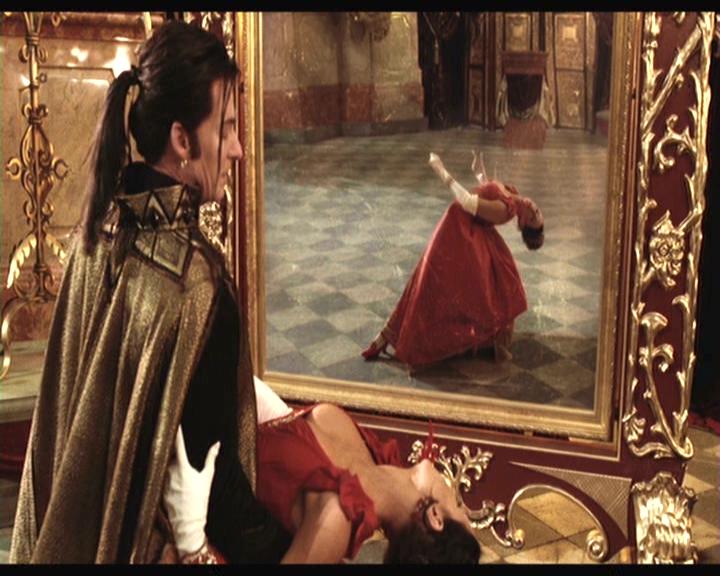 As any regular readers will be aware, at MirrorWorld, we’ve taken an interest not just in the mirror as a physical object, but also as an important machination in myths and legends. As promised, we will continue to update you on the history of mirrors in myths, but today, we want to take a look at the symbolism of mirrors in literature. Obviously this is not an in depth analysis as we don’t want to take up too much of your time, however, here’re some thoughts in brief.

First of all, we must understand that physically, mirrors reflect light and thus reflect the world around us. Spiritually, light has symbolic attachment to illumination, awareness and wisdom etc. Therefore, in terms of spiritual symbolism, mirrors reflect truth. They reflect what is.

Psychology however – as it often does – disagrees entirely and flips this symbolism on its head. In a psychological sense, mirrors symbolize the threshold between the conscious mind and the unconscious mind. By looking into a mirror, one may look towards the depths of their unconsciousness. The image the mirror produces is therefore symbolic and can be made sense of in both conscious and subconscious thought processes.

In literature, mirrors have been used to symbolize a variety of things across both of these spectrums of thought.

One example of the symbolic use of a mirror in literature is Sylvia Plath’s use of mirror imagery and symbolism in her poem Mirror. The poem describes the life of a young woman growing older as she looks into her mirror. In Plath’s poem – unlike in many of the mirror’s appearances with women in literature, where the woman looking sees a man, thus reflecting her subconscious desire to have the assurance of masculinity – when the woman looks into it, she sees herself. It is open for debate whether the poem spans years, or whether the woman is seeing a reflection of her future self. She seemingly though, wants to discover who she is by looking into it.

Another example can be seen in the use of the magic mirror in Goethe’s Faust. Mephistopheles takes Faust to the kitchen of a witch where he discovers and becomes enchanted by (which has echoes of the story of Narcissus which we touched on in the last newsletter) what he sees in it. However, unlike Narcissus, Faust does not see a direct reflection of himself, he sees a subconscious reflection of qualities he loves, but has lost in his conscious persona. He is portrayed as a scholar who has lost his je ne sais quoi during his tireless dedication to his studies. In the mirror he sees a beautiful young woman who he desires deeply. She symbolizes everything he isn’t, and, having seen her, he is driven (by his subconscious desire to become young and vibrant again) to eventually rediscover the joy in life. Hopefully you’ve had your interest piqued, as we did, by this brief look at the symbolism of mirrors in literature. We could go on, but we all, as Faust did, have lives to live and that je ne sais quoi to find.

Remember, we can help your home rediscover its je ne sais quoi with one of our range of beautiful bespoke mirrors.